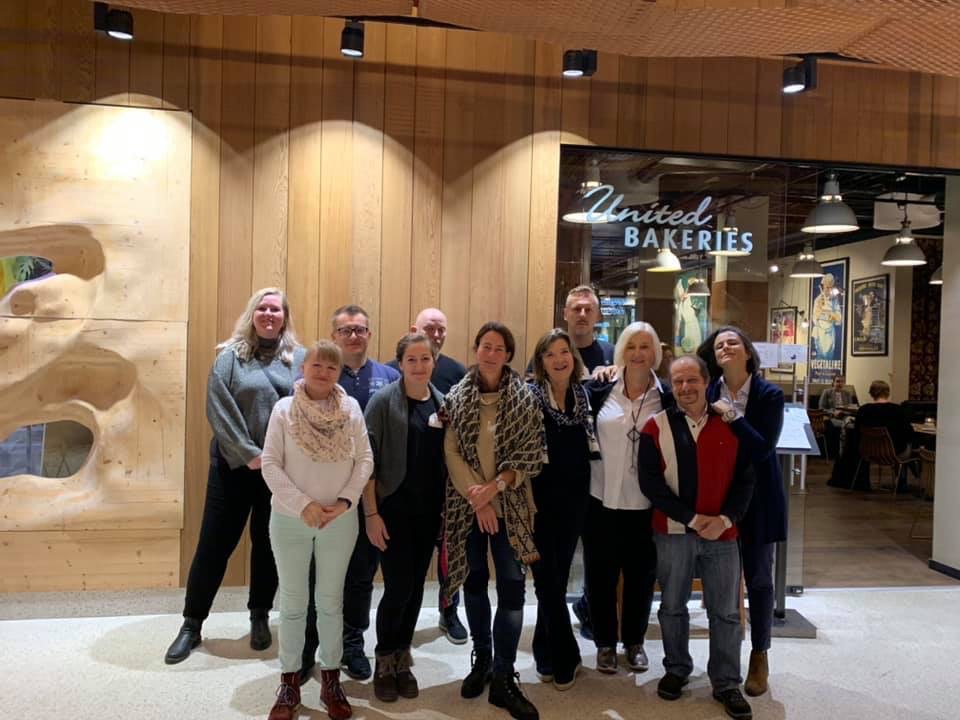 The first mobility took part in Norway at Østerås Skole from October 21st to 25th 2019. We all got very well along and made such good work together. After this week we named our team The Dream Team.

The group of teachers in the project benefitted a lot from this meeting. We worked well together, found solutions to a lot of questions and the atmosphere was friendly and solution-oriented.  It was really amazing how well this functioned. Now we all look so much forward to all the international meetings with the pupils. And there were also so many clever persons; when we had discussed a task, some teachers were already working on finding the solutions to solve the task, i.g. making the online questionnaire. And we managed to plan a lot of the project and have all the tasks ready for preparation for Denmark and partly also for Bratislava. We now feel confident that all participants know what their tasks are, and which tasks to work on and prepare, and in which way.

The pupils benefitted from this gathering by having got to know the participating teachers, and by seeing their presentations they got so excited and interested. They were also really surprised by the beauty of these countries that they don’t know so much about. Now they look so much forward to visiting the countries, and to do a really good job in the project. And to them, it feels more real as they have met the teachers involved.

The home team of my school also benefitted from meeting and talking with all our guests. They got very well connected, laughed and have fun together. And they learned a lot about the other countries‘ school systems and how their schools were. And they also understood a lot more about the importance of the project and its complexity.  Now they all think this was a nice group, and they are really positive about the project, both for helping to carry out the project and being part of it.

Odense, the first mobility with pupils 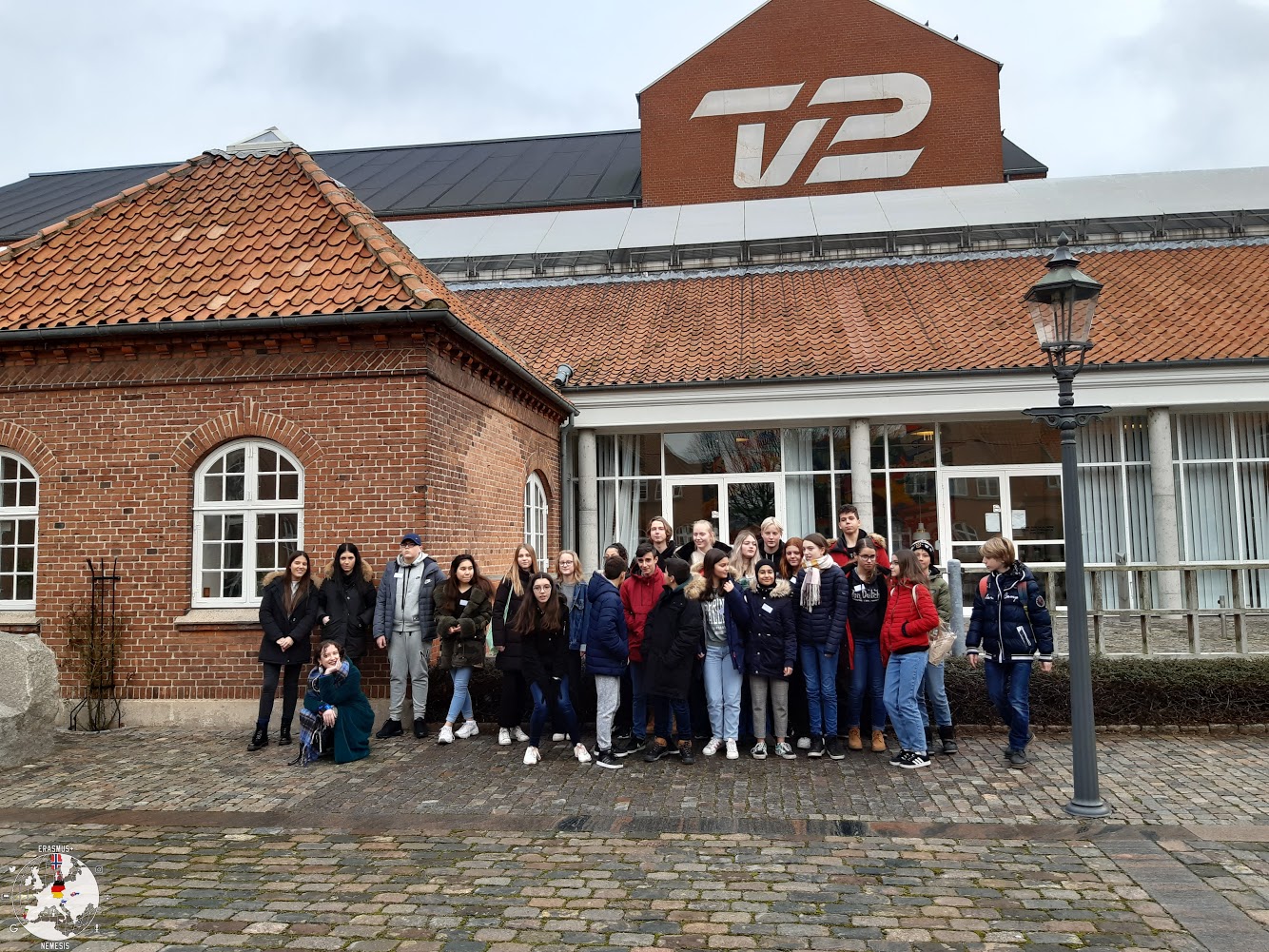 The first week of March 2020, Nemesis met in Denmark to work on our very first task with pupils.

The participants were two teachers and five pupils from Norway, Germany, and Portugal.  From Slovakia, there were four teaches and five pupils and from Slovenia, there were only two teachers as this was at the very beginning of the coronavirus epidemic in Europe.  It turned out that all schools were shut down the week after we came home. Even with some doubt, we decided to have the meeting in Odense. We had been in close contact with our NAs before we decided to carry out the meeting, as there were no known cases of the virus in our communities or even countries at that time. ( only a few in Norway).

The first task was to vote for the NEMESIS logo. Each country brought two logos and the pupils voted for the one to be used during the project, and from now on, this follows the project as you can see in this web page. The winner was form Slovenia.

The objective of this meeting was to analyse the survey that had been carried out during the winter. We had through the survey gathered lots of data on young people’s news habits. We had also made a survey for the grown-ups news habits. The pupils worked in five international groups, one pupil from each country. They were to analyse the survey, what could they read out of it, and they had to present it by writing a newspaper article and making a post about it on social media.  They also had to present their results to the others at the last gathering with all the seventh graders. And of course, they had to work together in English, and both write and present in English.

We visited Danish TV2 where we learned how they work on news, and how they work to differentiate the news and programs to different age groups. It seems that they also struggle to reach out to the teenagers, to make them interested in edited news, not just what they randomly find in their feeds on social media. TV2 works on different platforms to try to make something that can catch the interest of that age group. This same issue we also discovered when the Norwegian class visited the news editorials in NRK.

The Danish pupils took us on guided tours in Odense. They had prepared the guiding for the international groups including the teachers.  We visited the town hall and had a guided tour there as well. One day all pupils made a typical Danish lunch, they cooked together, and we all ate together. Very nice!

And at last, the teachers visited the local club where the Danish national scald Kim Larsen had lived, he was also an icon in Norway.

The activity was not really integrated into the school’s normal activities, except the morning assembly and the ice-breakers in the mornings in the assembly hall. Moreover, we all noticed that the school was well prepared for the visit, and all pupils were helpful and very polite when we met them in the corridors and classrooms where some of the teachers had the pleasure of participating in normal classes.

The participants had a great time. They were all well received by the school and their host families. This was quite scary for some at the beginning, but they all managed well after a couple of days. To many, this was the first time away from home without their family or close friends. The pupils learned to work with pupils from other nations, pupils that they had never met before. They had to discuss, solve tasks, write and present in English, a foreign language for all of them. This was quite a challenge at the beginning, but they managed well. To many, this was an eye-opener with regard to how important it is to learn a foreign language well.  They had to discuss figures, make a newspaper article, which they spent much time on, and managed quite well. However, they discovered that it was more difficult to get their message out through social media, as they were not used to publish that short texts on a complex topic.

The pupils learned about TV2 and how they worked with news to customize it for different age groups.  We all learned about HC Andersen, Danish history and Odense as a very charming town. Moreover, we learned to make Danish food together with other pupils and teachers and enjoying it together with our new international friends. The teachers learned about the Risinge school system, about Danish hospitality, and the way they organize their activities. We learned new icebreakers and saw the value of morning assembly. The teachers ate typical Danish food at a krog, and we went to Kim Larsen’s own music bar.

We all had a splendid week, rich in experience, with lots of fun, and we cannot wait to meet again.